skip to main | skip to sidebar

Typical girl group members today are usually born from the late 80’s to the early 90’s. As of now, we see SNSD / Girls’ Generation, Kara, 4minute, 2NE1, f(x) and so many more leading the Kpop scene. Girl Groups are in vogue for the past year and just last year (2009), ten girl groups have debuted and made an impact on the music scene. Why don’t we check out the idols that have been making a big impact after debuting in 2009.


For 2009: On January 7th, Brand New Day debuted. Shortly thereafter, on January 17th,After School debuted. Just four months later on May 17th, 2NE1 made their highly anticipated debut. Although a month earlier they made their presence known with Big Bang for LG’s Lollipop campaign. In June, 4minute, a group many compared to 2NE1 at the time, debuted on June 18th. On July 29th, T-ara came along. On September 5th, f(x) revealed their faces. Then came HAM on September 17th. JQT debuted on October 15th and just a day after, Secret debuted on October 16th. Finally, Rainbow debuted on November 14th.
Yes, it does sound crazy but you guys were so caught up in the debut of each group that you forgot to look at the bigger picture. If you add all of the members, there are 49 girls in total for all the girls that debuted!
The girls have been taking over the stages and TV shows. Even though we’ve heard about all of them, some of them are definitely ahead of the others in terms of popularity. T-ara, 4minute, After School, f(x) and 2NE1 are the ones that are most known. Sadly, the other ones didn’t succeed in garnering much of a fan base and popularity. Musically, T-ara, 4minute, After School and 2NE1 have snatched #1’s.
Though f(x) and 2NE1 showed a lot in 2009, both have been pretty quiet these days. Even though f(x) visited Thailand recently and they performed at MIDEM 2010 in France. I’m hoping it’s for a groundbreaking comeback they have in store for us in the near future.
T-ara has been hitting the jackpot lately. They won #1’s with Bo Peep Bo Peep and I Go Crazy Because of You. Not only that, their online shopping mall is a success and each member has been getting their faces known to people.
4minute is one of the leaders for overseas popularity. The five girls toured around Asia and visited Taiwan, the Philippines, Thailand, Hong Kong and Japan. The girls also have done great with solo activities. HyunA made quite an impression with her solo single Change. She’s also starring in Invincible Youth. Jiyoon is also preparing her solo activities.
Secret has been getting more popular due to member Sunhwa, she has been giving it her all on Invincible Youth and now their comeback is more anticipated than ever.
Rainbow is hopefully going to come back soon and After School is doing quite well at the moment with their new song Bang! It’s weird to think that groups that debuted last year have caught up with groups such as SNSD, KARA and more in terms of popularity. At this rate, more and more girl groups are going to take over Korea and even Asia.
With all these girl groups, do you think this is enough?
dodol say=ni preview picture tuk mereka2 yang sukses 2009 tahniah girls!! 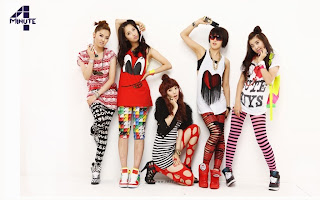 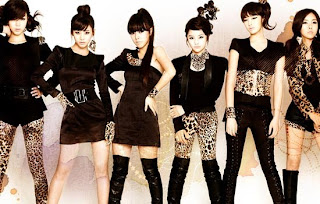 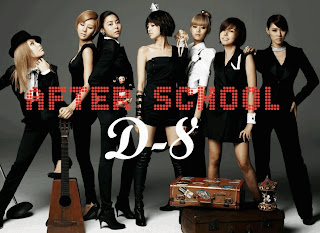